Consortium has 51% stake in the new railway. 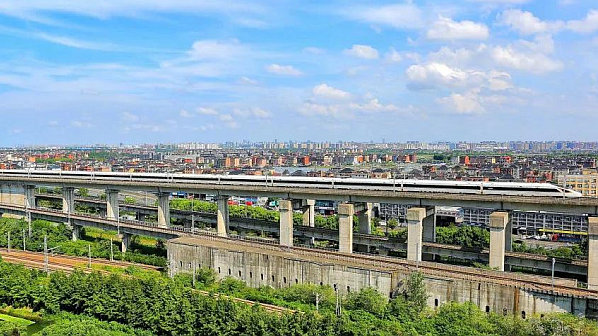 THE first Chinese high-speed line funded by a private-public partnership (PPP) opened on January 8 between Hangzhou, Shaoxing and Taizhou.

The 266.9km, 350km/h line runs from Hangzhou, the capital of east China’s Zhejiang Province, to Taizhou, via Shaoxing. There are nine stations on the line, which cost Yuan 44.90bn ($US 6.35bn) to construct. The new railway connects with the Shanghai - Kunming, Shanghai - Hangzhou, Ningbo - Hangzhou, Hangzhou - Huangshan and Hangzhou - Shenzhen high-speed lines. Journey times will be reduced between Hangzhou and Taizhou from two hours to one. Construction began in 2016 and was completed in June 2021.

The consortium is led by the Fosun Group, which comprises Zhejiang Wanfeng Auto Holding Group and Zhejiang Geely Holding Group, which has a 51% stake in the line, with the remaining funding from the China National Railway, Zhejiang Communications Investment Group and the government of the Zhejiang province. The concessionaire will operate the line for 30 years.

Another high-speed line opened in China at the end of December, the 199km, 350km/h Qufu - Zhuangzhai section of the Rizhao - Lankao high-speed line on December 26. There are seven stations on the new section. This leaves the Zhuangzhai - Lankao section as the final part of the line to open, with construction underway.