GERMAN infrastructure manager DB Networks has begun consultation with local authorities along the route of the planned high-speed line between Hannover and Bielefeld. 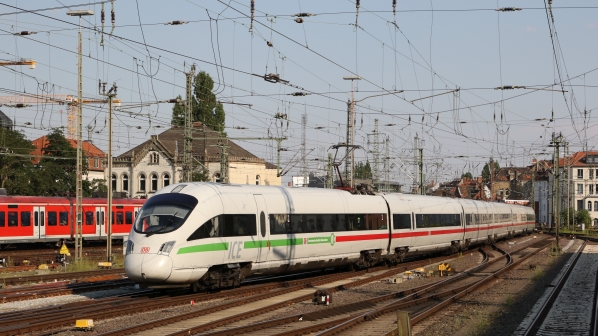 The line will be built under the new Preparatory Measures Act (MgvG) passed by the German parliament in March which simplifies the planning procedures for 12 specific transport projects of national importance. This includes seven rail infrastructure projects, mostly route upgrading and electrification schemes.

Unlike traditional planning procedures, the projects listed in the MgvG are already approved in principle. The Federal Transport Ministry granted DB Networks a planning order to build the new Hannover - Bielefeld line in late November.

The new 300km/h line is seen as a crucial part of plans to introduce the “Deutschland Takt” regular-interval national timetable, as it will reduce journey times between cities in the Ruhr region and Hannover and Berlin.

The new line, which will begin at Seezle, west of Hannover city centre, will be designed to reduce Hannover - Bielefeld journey times from 49 minutes to 31 minutes.

Planned future investment, which is not part of the project, would increase line speeds between Bielefeld and Hamm to 300km/h. This includes rebuilt grade-separated junctions at Hamm.

Public consultation still forms part of the process under the MgvG, but objection to the new line is not possible in principle. Historically, some rail projects in Germany have been delayed by decades due to the planning process which often requires multiple authorities to agree to plans which cross administrative boundaries.

Five route options have been identified and will go out to widespread public consultation from January to alleviate specific local concerns and inform the final route.

Some objections have already been raised by local residents who would be directly affected by construction, while others have argued that the existing line should be upgraded, although this would not allow 300km/h operation.