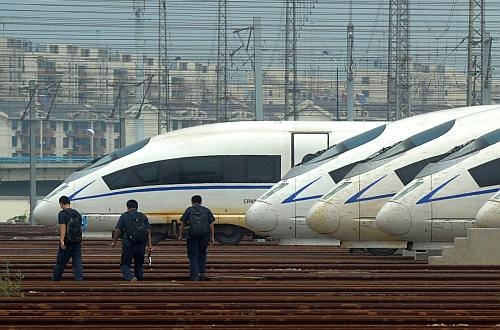 The contract for the 350km/h trains was split into nine packages, with CSR Sifang securing packages to deliver 93 trains, CNR Tangshan 50, and CNR Changchun 32. In addition CSR Sifang was selected to supply the 57 250km/h trains.

CRIC has also issued a tender for another 70 high-speed trains. CNR Changchun and CSR Sifang are the preferred bidders for 10 trains which will have a maximum speed of 250km/h and will be specially adapted to cope with sandstorms. The tender also includes 35 250km/h and 25 350km/h trains which must be suitable for operation in cold climates. CNR Changchun is the preferred bidder for these trains.

Meanwhile China Railways has announced the winners of a tender for freight wagons. CNR Qiqihar and CSR Meishan will each deliver 500 L70 freight wagons, while four companies will deliver 100 KZ70 wagons: CNR Qiqihar, CNR Jinan and Jinxi Railway Wagon. South Huiton will deliver 200 of the wagons.