Egypt has awarded Siemens a contract to build the network. 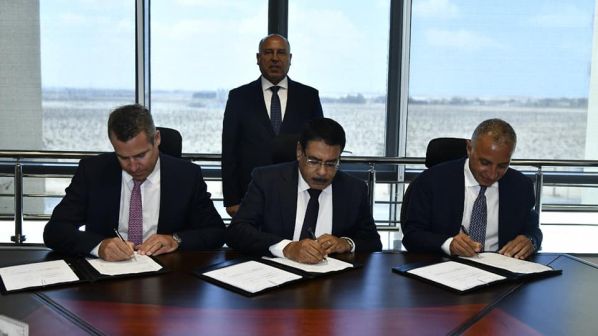 EGYPT’s ministry of transport has signed a contract with a joint venture of German Rail (DB) subsidiary DB Engineering & Consulting and Egyptian consultants Elsewedy Electric to oversee the operation of the country’s planned high-speed network.

NAT signed a contract with Siemens Mobility, Orascom Construction and The Arab Contractors in May to build 2000km of high-speed lines across Egypt. In total, the three-line network will connect 60 cities with trains operating at up to 230km/h, and some 90% of the population of Egypt will have access to the new rail network. It will be fully electrified and could cut transport emissions by as much as 70%, according to Siemens.

The contract signed with DB and Elsewedy Electric covers the management and operation of the 660km Ain Sokhna - El Alamein - Matrouh - Fayoum line, the 1100km Fayoum - Beni Suef - Aswan - Abu Simbel line and the 225km Qena - Hurghada - Safaga line for 15 years, with an option for another 15-year extension.

DB, in partnership with Elsewedy Electric, will establish DB Egypt, which will operate the lines under a revenue-sharing agreement.

Al-Wazir says the contract was in line with the ministry’s plan to maximise cooperation with the private sector and benefit from international expertise. He added that the agreement included the transfer of expertise and training of Egyptian engineers and technicians.