GERMAN Rail (DB) has confirmed to IRJ that it plans to place an order for additional class 412 ICE 4 high-speed trains using options available in the original 2011 contract, although the exact number of trains has yet to be finalised. 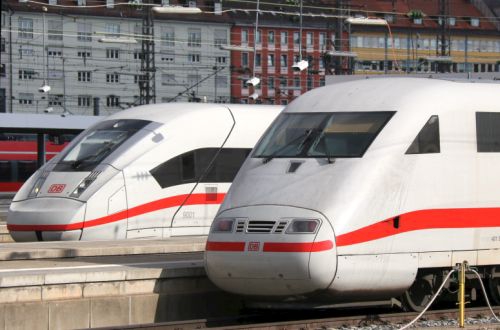 DB has also confirmed that it is planning to order additional intermediate second-class vehicles to lengthen some of the 12-car trains now being delivered to 13 cars.

From December, DB will step up ICE 4 operation to include both the Berlin - Munich (via Leipzig/Erfurt) and Dortmund - Munich (via Cologne, Frankfurt and Stuttgart) routes.

DB has also launched a third refurbishment programme for the oldest class 401 ICE 1 trains, which were built between 1989 and 1993. These will be rebuilt as nine-car sets (with three first class and five second class coaches plus a restaurant car) and a power car at each end.

The rebuilt trains are expected to enter service on the Berlin - Braunschweig - Frankfurt route and remain in service into the mid-2030s.

The ICE 1 fleet previously underwent a full-scale refurbishment and overhaul between 2005 and 2008.

DB currently intends to withdraw the more modern ICE 2 (class 402) and ICE-T (class 411/415) trains over the next decade as ICE 4 deliveries replace them.