GERMAN Rail (DB) has reportedly shelved its planned high-speed service between London, Cologne and Frankfurt, citing changes in the economic environment for its cancellation of the proposed service. 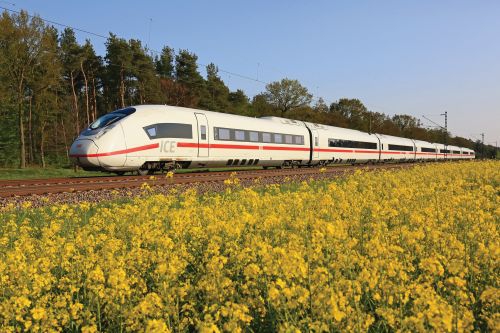 DB had planned to run the new ICE 407 trains on the London to Frankfurt route.

In March last year, DB said it was considering an ICE service between the three cities in the medium-term and had already been granted an operating certificate to run passenger services through the Channel Tunnel in June 2013.

However, a report by British newspaper The Independent on June 17 says DB would not be following through with the plans.

A DB spokesperson told the paper it would not be on the agenda for the foreseeable future for technical and economic reasons, including the fact that ICE 407 trains have not been certified for operation in Belgium and the economic environment is changing significantly as a result of the price competition with low-cost airlines.

The company declined to say whether Brexit had played a part in its decision, saying it couldn’t comment on political developments.

In March 2017, DB told IRJ it wasn’t able to provide a start date for the proposed service as the certification for the new ICE trains for both Belgium and northern France was behind schedule. However, it was expected to have the necessary approvals within 18 months.

The decision comes nearly two months after HS1 Ltd, the owner and infrastructure manager of the high-speed link between London St Pancras and the Channel Tunnel, announced it was in discussions with Eurotunnel, SNCF Network and Lisea about introducing direct London - Bordeaux high-speed services.