Polish site to be used for tests, with aim of MagRail technology in use by 2025. 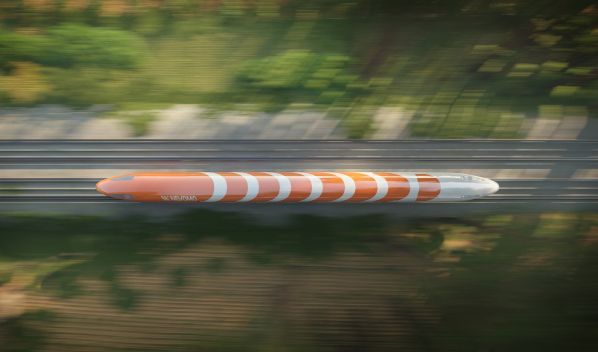 The longest magrail test track will be built in Poland.
Photo Credit: Nevomo.

NEVOMO, formerly Hyper Poland, has signed an agreement with Polish company Ciech Sarzyna, to lease land and infrastructure that will allow the construction of a full-scale 750m MagRail test track.

It is claimed that MagRail technology can integrate with existing rail networks without the need to make changes to rolling stock, with the system able to carry both conventional and maglev trains.

Work will begin this summer, and when completed it will be the longest passive magnetic levitation test facility in Europe.

Vehicles with a linear drive system and passive levitation will be tested, as well as electronic power systems for powering and controlling a multi-segment linear motor.

“The successful conduct of these tests opens the path to pilot implementations, which are planned for the years 2022 - 2024,” says Nevomo board member and CTO, Mr Pawel Radziszewski. “Magrail technology is expected to be technically fully operational by 2025.”

The European Union has co-financed the track design via its European Regional Development Fund under the Intelligent Development Program.