A cross-party Dutch parliamentary committee, set up in December 2013 to investigate the V250 Fyra high-speed train fiasco, will start public hearings on May 18 which will continue until June 12. 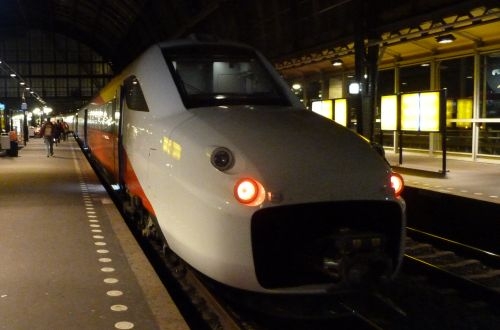 Up to 40 people will be summoned to answer questions from the five members of parliament sitting on the committee. Those summoned are expected to include Dutch ministers of transport and infrastructure since the mid-1990s, including the former minister of transport, Mrs Tineke Netelenbos, and former finance minister Mr Gerrit Zalm. Senior managers from Netherlands Railways (NS) and Belgian National Railways (SNCB) involved in the Fyra project will also be called along with representatives from the V250 train supplier AnsaldoBreda.

The main thrust of the enquiry is to establish why the planned services on the HSL South high-speed line in the Netherlands failed. In particular the committee wants to investigate: