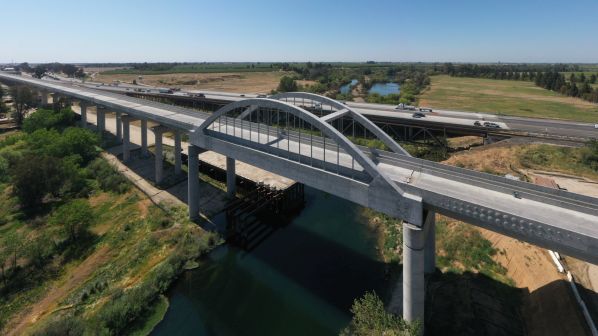 This will enable further work on the San Francisco - San Jose section to proceed when funding for final design, pre-construction and construction work becomes available.

It also means that environmental clearance has now been obtained for 672km of California’s 800km high-speed network that is planned to run from San Francisco to Los Angeles and Anaheim.

For the San Francisco - San Jose section, the CHRSA board has selected the preferred option, Alternative A, building on the project to electrify the Caltrain commuter route between the two cities and incorporating the necessary infrastructure for high-speed rail in this corridor.

The project also includes construction of a light maintenance facility on the east side of the Caltrain corridor in Brisbane, “and improvements for safety and speed in the region,” according to CHSRA.

“With environmental studies completed in northern California, we are closer than ever to realising a first in the nation, a state-wide high-speed rail system,” says CHSRA chairman, Mr Tom Richards.

“We look forward to working with all of our regional partners and stakeholders in developing modern, sustainable transportation infrastructure, completing our work in the Central Valley and connecting to the Bay Area as soon as possible.”

Separately, the CHSRA board has also approved contracts to design two route sections in the Central Valley with a total length of 83.6km.

Stantec Consulting Services has been awarded a $US 41m contract to design the 54.2km Merced - Madera section, which includes 40 structures.

A $US 44.9m contract to design the Fresno - Bakersfield (Locally Generated Alternative) section has been awarded to HNTB. It covers the 29.6km between Shafter and Bakersfield and includes 31 structures.

Both contracts are expected to last two years, and will see the contractors working with CHSRA to finalise the project footprint and advance design work to optimise costs and journey time enhancements. Design work for right of way and utility relocation is also included.

More than 50% of the cost of the Madera - Merced contract is being met by a $US 25m federal grant, awarded to CHSRA by the US Department of Transportation under its Rebuilding American Infrastructure with Sustainability and Equity (RAISE) programme.

For detailed data on rail projects in the United States and around the world, subscribe to IRJ Pro.