PASSENGERS will soon be able to travel direct from Amsterdam to London by rail, without having to stop for border controls in Brussels, after the signing of a quadlateral agreement. 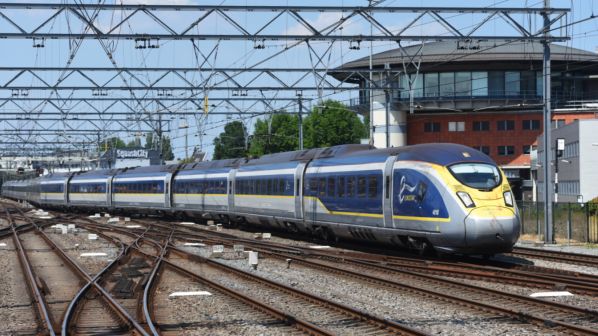 The existing agreement between Britain, France and Belgium, which was originally signed in 1993, has now been updated to include the Netherlands, with representatives from all four countries signing the new treaty at a ceremony in Brussels on July 7.

Under the agreement concerning frontier control arrangements, border checks can be undertaken by border officials from the departure and arrival countries before the passengers board the train.

This allows British Border Force officials to be stationed in Amsterdam and Rotterdam, where they will be able to carry out checks before passenger boarding, as they already do in France and Belgium.

An inaugural direct Amsterdam - London service operated on February 4, and the regular service was due to begin on April 30. However, this was delayed due to the coronavirus, with Eurostar putting all services to the Netherlands on hold from the end of March.

Britain says the agreement also allows for further cooperation between the police forces of the four countries involved in the fight against cross-border crime.

“This important treaty shows that while we have left the European Union, our links with Europe are stronger than ever,” says British home secretary, Ms Priti Patel. “It will enable vital security and immigration checks to be carried out in the Netherlands, protecting the UK’s border and providing faster and more efficient journeys for passengers.”

A quadripartite security arrangement will give responsibility for security to the government of the country from which the service departs. The Dutch authorities will become responsible for the security of Dutch stations operating British-destined services, and for train security, such as the screening of passengers.

Eurostar says these new arrangements will enable direct services between the Netherlands and Britain to begin operating later this year, without the need to change trains at Brussels for immigration and security checks.

Eurostar will reinstate its direct service from London to Rotterdam and Amsterdam from July 9, with a single train departing London St Pancras at 11:04 and arriving in Amsterdam Central at 16:11.

“Due to coronavirus these are challenging times, but we also have to plan for the near future,” says Dutch secretary of state for infrastructure, Ms Stientje van Veldhoven. “The new direct train service enables us to travel from Amsterdam to London in just over four hours. It’s fast and convenient, and without the hassle of disembarking in Brussels for border and security checks.

“A Eurostar train has roughly twice as many seats as an average airplane on the Amsterdam - London route and CO2 emissions are significantly lower. The train service to London therefore is a sustainable and competitive alternative to flying.”

The four countries have been working closely with Eurostar to provide support and guidance on security procedures and the necessary infrastructure arrangements at the two stations in the Netherlands.