Former French Railways executive will replace Mr Jacques Damas, who led the group out of the Covid-19 crisis. 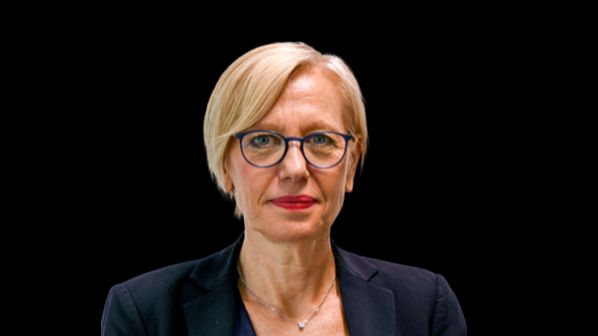 EUROSTAR Group has announced the appointment of Ms Gwendoline Cazenave, previously an executive at French National Railways (SNCF) as well as having wide experience in the transport sector, as its new CEO.

As reported by IRJ in May, the merger of international high-speed operators Eurostar and Thalys has been completed with the creation of Eurostar Group as a new holding company based in Brussels. The new group’s shareholders initially appointed as its CEO Mr Jacques Damas, previously CEO of Eurostar International, but now Cazenave will replace him on October 1.

“We have complete confidence in Gwendoline Cazenave to lead the business, continuing the positive journey of recovery put in place by Jacques Damas,” say Mr Christophe Fanichet, CEO of SNCF Voyageurs, and Mr Alain Krakovitch, director of TGV-Intercités and chairman of the board of directors of Eurostar Group. “We warmly thank Jacques for his determined approach with all his teams. He successfully led Eurostar out of an unprecedented situation, which saw 95% of its activity on hold for 15 months, and officially put in place our new business structure. We also thank Bertrand Gosselin, CEO of Thalys since 2019, for his work to manage the business during the crisis and for his significant contribution to the continued growth of the company.”

Having had 20 years’ experience of working in the rail transport sector, Eurostar Group says Cazenave “will bring considerable expertise, energy and vision to making the group and European high-speed rail a success for its customers and her colleagues.”

While serving as a partner at management consultancy Oliver Wyman for the last two years, Cazenave has worked on the French and European transport and services markets, with a particular focus on strategy and transformation in the rail sector. Prior to that she was an executive at SNCF, holding a range of high-level posts including director of TGV Atlantique, and director of finance, strategy and legal affairs at SNCF Voyageurs.

Cazenave has also held a number of important non-executive roles, with a focus and interest in gender equality and environmental initiatives, two areas she will continue to drive forward within Eurostar Group.

“With her strong experience, Gwendoline Cazenave will continue to successfully bring together Eurostar and Thalys, promoting the development of rail transport in Europe and creating a business which will meet the growing demand of sustained mobility,” say Fanichet and Krakovitch. “The ambition is to transport 30 million passengers per year within 10 years under a single brand, Eurostar, with excellence in customer service at its heart. Offering passengers the largest international high-speed network in Western Europe, the combined business will accelerate the recovery of both Eurostar and Thalys from the pandemic.”