NETHERLANDS Railways (NS) says it is in talks with Eurostar regarding the introduction of a third London - Amsterdam service in 2019, potentially offering a significant improvement in journey times for London-bound passengers. 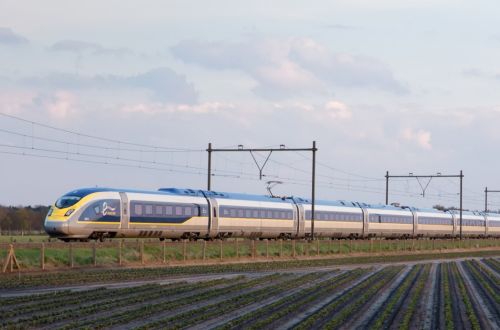 The third Amsterdam - London service will not set down passengers at Brussels South and boarding will only be permitted at this station. This will simplify security measures and shorten the stop in Brussels, cutting the journey time from four hours to three-and-a-half hours.

NS is now consulting with the Locov umbrella organisation, which represents passenger groups in the Netherlands, regarding the proposed changes to the 2019 timetable. According the consultation document, the proposed journey time is still being discussed with infrastructure managers Infrabel, SNCF Network, and Eurotunnel.

Meanwhile, preparations are continuing for the launch of services on the route. At Amsterdam Central, work is well underway to adapt platform 15b for international services to Britain, with facilities for passport and security checks, while at Rotterdam Central, contractor Volker Rail began work on January 31 on a project to modify platform 1, which will be used by Eurostar. The project is due to be completed by March 26 and involves track and signalling alterations as well as platform widening and the installation of security facilities.

Photo: Platform 1 at Rotterdam Central will be modified for Eurostar services.