EUROSTAR announced today at the unveiling of the first of 10 e320 high-speed trains on order from Siemens that it plans to purchase an additional seven trains - the two parties are now negotiating terms for a contract. 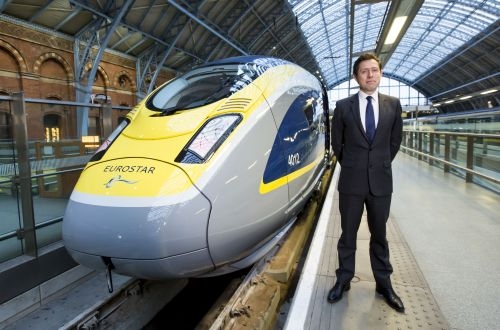 The first e320 trains are undergoing tests and will start to enter service between London, Paris and Brussels at the end of 2015. They are part of £700m investment programme which includes the refurbishment of the existing fleet.

The e320 has a maximum speed of 320km/h and will be the first passenger train with distributed traction to enter commercial service through the Channel Tunnel. The existing trains have power cars at each end and a top speed of 300km/h.

Interior of a business-premier coach.