EUROSTAR has finally completed the refurbishment of the first train from its existing fleet of class 373 trains (dubbed e300 by Eurostar) and the train will re-enter service shortly. 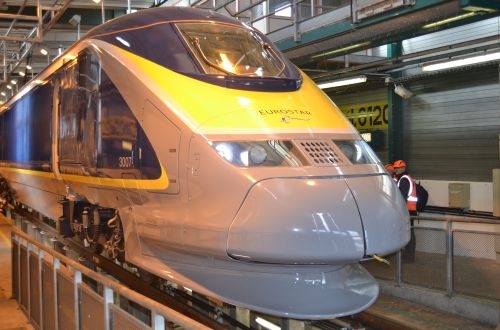 The refurbishment includes a new external livery which matches that of the 17 new class 374 e320 trains currently being supplied by Siemens and due to enter service by the end of the year.

The interior of the e300 train has been renewed with a predominately grey colour scheme. A second train has been sent to SNCF's Hellemmes depot near Lille for refurbishment, but no decision has been made on whether any more e300 trains will be refurbished.