EUROSTAR's new fleet of Siemens Velaro e320 (class 374) high-speed trains entered passenger service on the morning of November 20, when one of the 16-car sets formed the 10.24 from London St Pancras to Paris Nord. 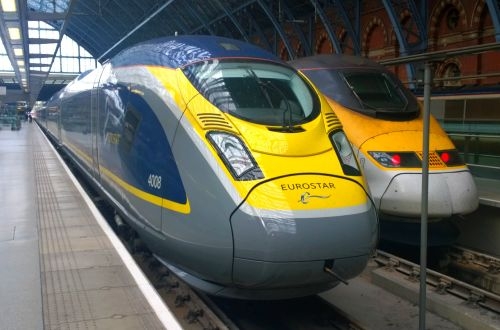 Eurostar says the trains were authorised for passenger operation in the Channel Tunnel by the Intergovernmental Commission (IGC) on November 19, having been granted an authorisation to place into service (APS) for operation in France by the French Railway Safety Board (EPSF) on October 16. The e320 is the first passenger train with distributed traction to operate in commercial service through the Channel Tunnel.

Eurostar told IRJ it will seek passenger feedback and fine-tune onboard services over the next few weeks in preparation for the full launch of the fleet next month.

Eurostar placed an initial order for 10 e320s in 2009 as part of a £700m investment in its fleet, and subsequently announced last November that it had ordered a further seven sets from Siemens. All of the initial batch of 10 trains are due to be available for service by May.

Each train seats 902 passengers - 20% more than the current class 373 fleet - and Eurostar says the new trains will also give passengers more space and a higher level of onboard service, including free Wi-Fi and at-seat power sockets in both standard and business premier accommodation.

The livery and the interior of the new trains have been designed by Pininfarina, Italy.