The line will connect France with Spain via Lyon and Nîmes. 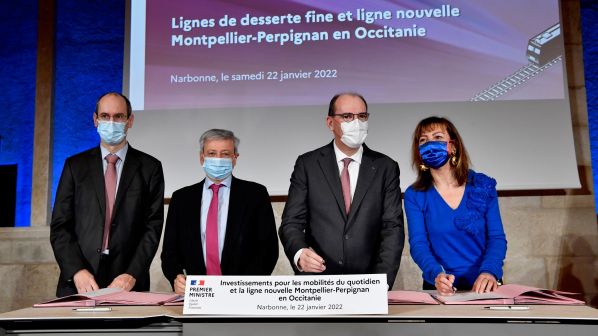 A protocol of intent has been signed to finance the €2.4bn first phase of the new high-speed Montpellier - Perpignan passenger and freight line (LNMP), the missing link in the main high-speed route from France to Spain via Lyon and Nîmes.

The financing covers the first 52km section between Montpellier and Béziers, which is due to be completed in 2034, with a public inquiry now underway.

Montpellier Méditerranée Métropole, which is already financing preliminary studies and land acquisitions, agreed on September 28 last year to contribute 3.5% (€85.5m) of the total cost of the project. The authority has also committed to financing the same share of Phase 2 from Béziers to Perpignan by 2040.