PLANS to construct a 100km privately-funded high-speed tunnel between Finland and Estonia have been delayed by up to six years after the Helsinki-Uusimaa regional council’s assembly voted to route the project under the capital. 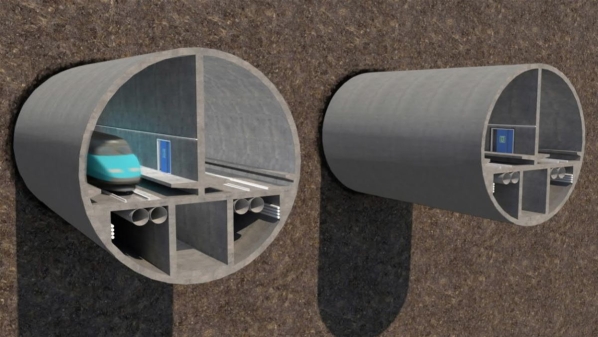 The project would reduce travel times from 2 hours by ferry to 20 minutes by train.

“We were asking for multiple alignments to be included in regional zoning plan but the Uusimaa regional council, where Helsinki has a major representation, decided to include only one alignment through Helsinki centre,” Mr Kustaa Valtonen, a founder of project developers Finest Bay Area Development (Febay), told IRJ. “We see this very local political decision delaying the project by up to six years.”

Febay has been investigating three alignments in Finland and five in Estonia. “Nobody has studied enough of the alignments to decide just one,” he says. “We know a lot about the geology but we don’t know everything. There’s a lot more studies that need to be done. It’s not stopping our project but it will slow us down.”

Despite the setback from the council decision, Valtonen says that work could still begin on some sections of the project as early as next year. This includes the Finnish terminus at Helsinki airport.

Febay is currently completing the environmental impact assessment (EIA) in Estonia, but this is waiting on the completion of the EIA in Finland, which has been delayed.

The new route would be the second tunnel through the Finnish capital, alongside a line from Helsinki Airport to Tampere, and Vesterbacka says this was tantamount to “building two metro lines on top of each other” which “doesn’t make economic sense.” New ecological, technical and geological studies would need to be completed for the new alignment. Febay had planned to route the tunnel through Otaniemi and Keilaniemi in Espoo.

Bloomberg reports that Finnish entrepreneur Mr Peter Vesterbacka, who has spearheaded the project, plans to appeal the decision. However, this would also delay the projected opening in December 2024 by one-and-a-half-years.

“This is an unfortunate decision that stems from an underlying ideological aversion to private enterprise in the infrastructure business,” he says.

The council’s decision was part of a larger regional zoning plan in line with a prior ruling by the regional board in 2019. Routing the tunnel through Helsinki and its existing transport links would reduce commuting times, the regional council said.

The MoU followed a previous agreement signed by Febay and TCP in March 2019 to secure €15bn in financing for the tunnel.

Valtonen says the council’s decision has not affected this funding. “We have discussed with our funding partners what the situation is and there was no negativity about it, just encouragement to make it happen.”

The subsea standard-gauge railway tunnel between the capitals of Finland and Estonia would significantly reduce travel time between the countries and create a unified metropolitan area in the capital regions of Finland and Estonia. A prefeasibility study completed in 2018 found demand in passenger transport between the two cities could increase from 9 million in 2017 to 23 million in 2050, including 12.5 million through the tunnel.

The project, which would reduce travel times from 2 hours by ferry to 20 minutes by train, has been estimated to cost between €15-20bn. The tunnel would connect Finland to the standard-gauge Rail Baltica project connecting the three Baltic States with Poland and the western Europe standard-gauge network.