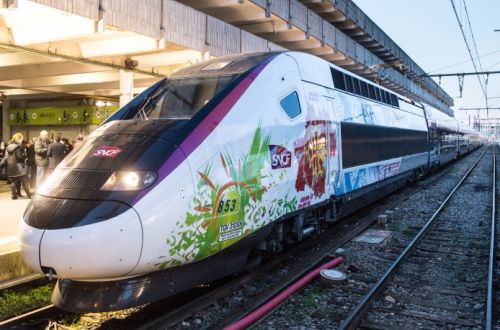 Seventeen TGV Océane will be in service by the time the 302km Tours - Bordeaux high-speed line opens on July 2 2017 and the remainder of the fleet is due to be delivered by the end of 2019.

The TGV Océane features a new exterior livery, which reflects towns and cities in the regions of Occitanie and Nouvelle Aquitaine.

Further details of the new trains can be found here.