THE cancellation of two key contracts with Condotte, Italy, in January 2018 has delayed the opening of Norway’s Follo Line by a year, with the project costs increased to NKr 30.7bn ($US 4.6bn), infrastructure manager Bane Nor reported on January 24. 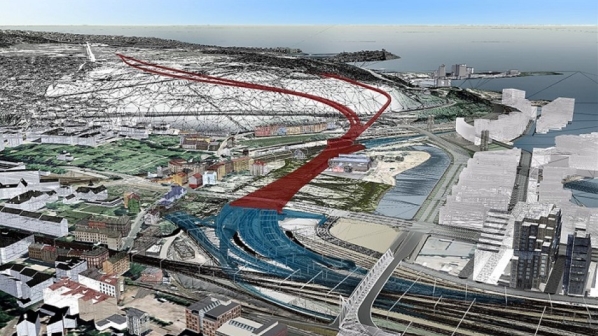 The Follo Line is Norway’s largest transport project and central to increasing capacity on Oslo’s increasingly-congested rail network. The 22km line from Oslo to Ski includes an 18.5km twin-bore tunnel, which will be Norway’s longest railway tunnel.

Preparatory works began in 2013 and the first of the five EPC contracts was signed in 2015, with the major construction phase beginning later the same year. The project was scheduled for completion in December 2021, with the 250km/h line to halve the journey time between Oslo and Ski.

However, Bane Nor says the cancelation of the contracts with Condotte, which ran into financial difficulties last year, had resulted in unavoidable delays and the line will now open in December 2022.

“Throughout 2018, the project has worked purposefully to secure completion according to the original plan, but an overall review that was recently concluded found that this is not realistic and that the project will be completed in 2022,” says project director, Mr Per David Borenstein.

“Bane Nor has monitored the construction work on the Follo Line project closely throughout 2018 and has put in place several measures to reduce the consequences of cancelling the contracts,” says Bane Nor CEO, Mr Gorm Frimannslund. “Unfortunately, we have not been able to prevent all the delays.”

The project is currently 72% complete compared with a project target of 79%.

The problems with Condotte have cost Bane Nor NKr 1.6bn, while the ground conditions have also been more challenging than expected. Bane Nor says it will request that the cost framework be increased by 7.7% from NKr 28.5bn to NKr 30.7bn.

Condotte was also forced to pull out of the Storstrøms Bridge on the Copenhagen - Femern railway line in June last year.