FOUR companies will finally compete for a framework contract to supply and maintain a fleet of up to 30 very high-speed trains in the first open tender launched by Spanish national train operator Renfe in more than a decade. 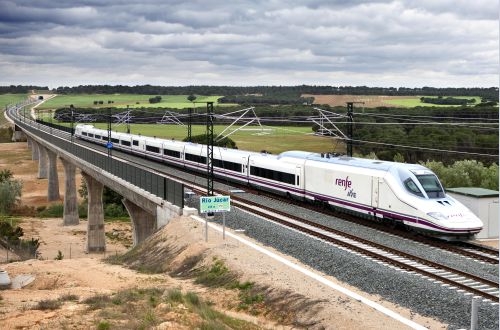 Alstom, CAF, Siemens and Talgo submitted bids before the May 17 deadline for a contract whose total estimated value ranges from €1.1bn to €2.6bn depending on the options exercised by Renfe.

The winner will be the single provider of a minimum of 15 trains plus a 30-year maintenance contract, with a first option to provide 15 additional trains in three batches of five sets each, and another option to extend their maintenance up to 40 years.

Two other companies which were shortlisted in January decided to drop out from the process. Hitachi Rail Italy did not submit a formal bid, while Bombardier did not bid after making an appeal against the process in late April arguing that it failed to fulfill the principles of non-discrimination, proportionality and free competition enforced by the European Union rules by requesting bidders to manufacture most of the train parts in Spain.

The contract was initially expected to be awarded in May and the first units were intended to be delivered in 2018, but the process could be affected by the second general election underway in Spain in the last six months.

The winning bidder will provide 320km/h multi-system (25kV 50Hz ac/1.5kV dc/3kV dc) trains, equipped with ETCS and Spain's Asfa Digital signalling, plus TVM 430 in the first 10 trains to enable operation in France. The 200m-long trains will have a total capacity of over 400 passengers.