GERMAN Rail (DB) and French National Railways (SNCF) marked a milestone for international high-speed services between Germany and France on August 29, when they carried their 10 millionth passenger on their ICE and TGV services from Stuttgart and Frankfurt to Paris. 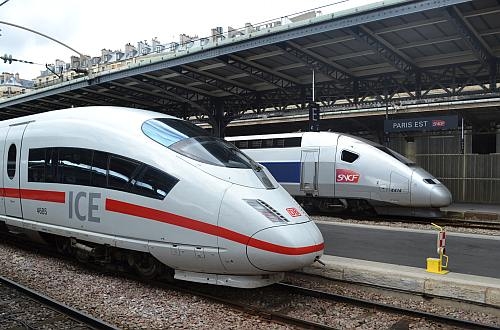 Ridership on the two routes increased by 6% in 2013 to reach a total of 1.6 million passengers.

DB says that rail has a 66% market share in the air/rail modal split on the Paris – Stuttgart route and 27% on Paris – Frankfurt, which has a journey time of four hours.