INTERNATIONAL high-speed operator Thalys saw revenues and ridership climb on its services from Paris to Belgium, Germany and the Netherlands in 2013 as the withdrawal of Fyra services brought an unexpected increase in traffic between Brussels and Amsterdam. 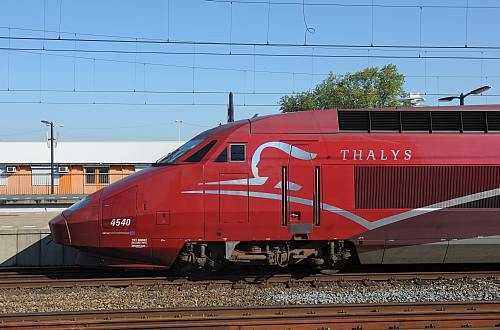 Thalys became the sole high-speed operator on the Brussels – Amsterdam route early in the year following the withdrawal of the AnsaldoBreda V250 trains, which led to the collapse of Fyra services between the two cities. The company responded by operating additional trains and consequently the number of passengers travelling between Belgium and the Netherlands on Thalys services soared by 46.5%. Thalys is now planning to further increase frequencies on this route, and some services will be extended to Lille Europe, a new destination for Thalys.