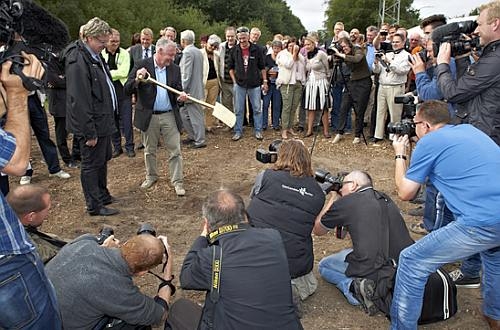 The initial construction works are being carried out in conjunction with the expansion of the parallel Køge Bay highway between Greve and Solrød to minimise the impact of the project on the surrounding area. "These two projects are significant at international and national levels, as well as regionally and locally," says Kristensen. "Along with the Øresund Bridge and the future Fehmarn connection, they help to bind Scandinavia with central Europe."

The 56km line will have a maximum operating speed of 250km/h and will relieve the existing mainline through Roskilde, reducing journey times between Copenhagen and Ringsted from 59 minutes to 38 minutes. ETCS Level 2 will be installed on the line which will be electrified at 25kV ac.