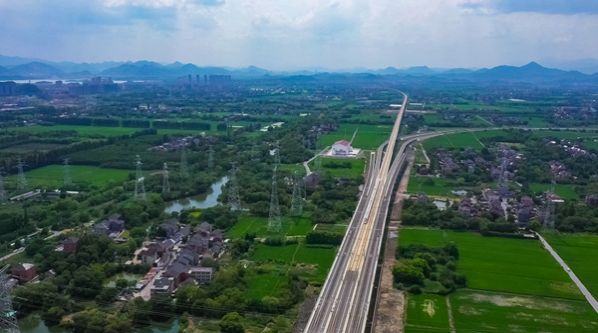 PASSENGER operations have commenced on the Huzhou - Hangzhou section of the high-speed line between Hefei and Hangzhou in China.

Designed for operation at up to 350km/h, the 137.8km Huzhou - Hangzhou route also serves Deqing, Fuyang and Tonglu.

Deqing and Tonglu are venues for the 19th Asian Games, originally due to be hosted by Hangzhou from September 10 to 25 but postponed due to the Covid-19 pandemic. The games are now due to be held from September 23 to October 8 2023, and the new-high speed line will improve transport links between the venue cities.

The route will also accelerate Huzhou's integration into the Yangtze River Delta, and increase the number of cities in Zhejiang province connected by rail services with a journey time of under one hour.

Construction of the Huzhou - Hangzhou high-speed line began at the end of 2019, and was completed in time for testing to begin in late April.

Civil works were undertaken by China Railway Construction Corporation (CRCC), which says it made full use of the landscape and cultural characteristics of the different regions along the route when designing and building stations, bridges and tunnels.

CRCC says in this way it has created “an ecological landscape” in the building the new railway.

The new station at Hangzhou West, the largest on the route, has been designed and built by CRCC following the “Cloud City” concept to create major transport hub and urban space with a futuristic character.