AFTER four years of construction, the Lisea consortium celebrated a milestone for the Sud Europ Atlantique high-speed line on July 25, when high-speed testing began on the central section of the 302km route from Tours to Bordeaux. 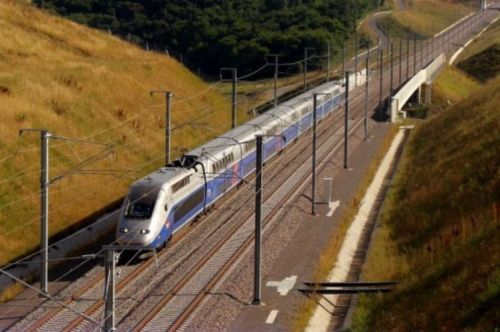 Slow-speed dynamic testing began in early July and high-speed testing commenced with 160km/h runs in both directions using a TGV Duplex set provided by French National Railways (SNCF). Speeds will be increased incrementally in the coming weeks and testing will be extended to the northern and southern sections of the line when the catenary is energised in September.

SNCF expects ridership between Paris and Bordeaux to reach 2.3 million by 2019. The first of a new fleet of 40 Alstom Euroduplex Atlantique double-deck trains is due to be delivered soon and these trains will replace single-deck TGV Atlantique sets on services from Paris to destinations in Western and southwestern France.