FRENCH president Mr François Hollande attended an inauguration ceremony at Villognon in the southwestern department of Charente on February 28 to mark the official completion of infrastructure on the Sud Europe Atlantique high-speed line from Tours to Bordeaux. 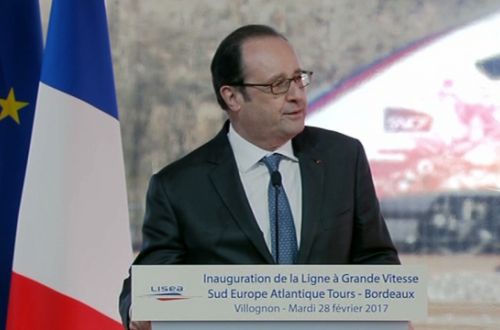 Alstom is supplying a fleet of 40 TGV Océane double-deck trains for the route, 17 of which will be in service when the line opens. An order for a further 15 trains was approved by the board of SNCF Mobility on February 23 as part of a package to rescue Alstom’s Belfort plant from closure.