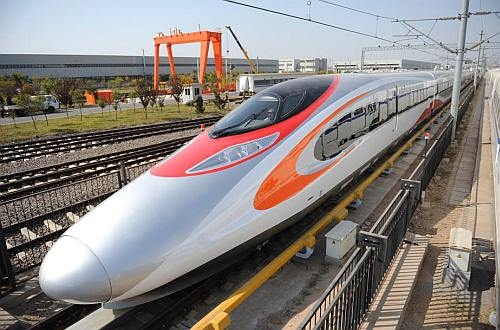 The 350km/h emus, which are based on the Chinese CRH380A, are being supplied by CSR Qingdao Sifang, China, under $HK 1.7bn ($US 219m) contract signed last year. Each eight-car set will seat 579 passengers.

The trains will be used on high-speed shuttle services to Shenzhen and Guangzhou and will operate at a maximum of 200km/h on the 26km Hong Kong section of the ERL, which is due to open in 2015.

MTR says the sweeping orange exterior livery has been designed to represent the dragon, a symbol of China.

The first train will undergo tests on the Chinese network before being delivered to Hong Kong in April.