The Mace Dragados joint venture will also complete detailed design of the station. 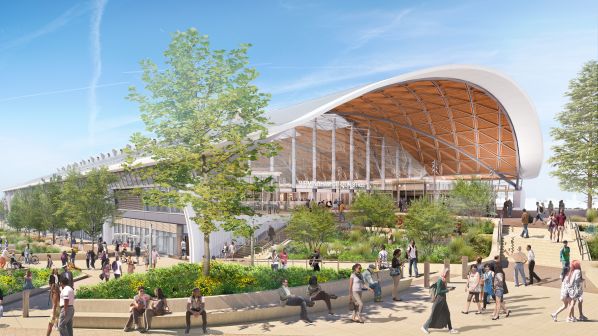 HS2 Ltd has awarded the Mace Dragados joint venture a £570m contract to construct the HS2 Curzon Street station in Birmingham. The same joint venture is also working with HS2 Ltd to finalise detailed design of the station.

The initial tender was stopped and re-tendered in mid-2019 following concerns from potential bidders about the proposed contractual arrangements, delaying the whole process. A separate joint venture between Mace and Dragados was previously awarded a £1.3bn contract to build the new London Euston HS2 terminus, with work beginning in summer 2020.

The new Birmingham Curzon Street HS2 station will occupy a large site south and east of the city’s existing New Street and Moor Street stations. Part of the site was historically the city’s first station, also named Curzon Street, which opened in 1838.

Site clearance has now been completed, and included a large archaeological programme involving 70 archaeologists that unearthed the remains of the world’s oldest railway roundhouse depot site.

When open, the new station will be served by up to nine high-speed trains an hour running north and south, and the Midland Metro light rail system which will be extended to run alongside and underneath the new station.

The new station is designed to be carbon neutral, with more than 2800m2 of solar panels located on the platform canopies. The station will also incorporate the latest eco-friendly design and sustainable technologies, including capturing rainwater. Cycle parking with space for more than 550 bicycles has also been incorporated.

HS2 has worked with WSP and Grimshaw Architects on the design for Curzon Street, which is inspired by the great arched station roofs from the Victorian era but updated for the 21st century by ensuring accessibility and emphasising open spaces and surrounding landscaping.