HS2 Ltd, the body responsible for delivering the high-speed project from London to Birmingham, has begun the procurement process to identify contractors to deliver around 280km of high-speed track. 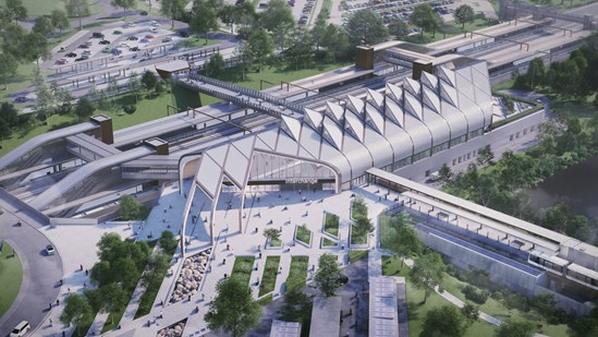 The new contracts cover the design and build of the complex track systems between London, Birmingham and Crewe, where HS2 trains will join the existing West Coast Main Line. The winners of the tender will also take a lead role in managing and coordinating the interfaces between the track and other elements of the rail systems.

The winning bidders will be responsible for the design, installation and testing of switches and crossings, managing construction logistics and co-ordination, and supporting the testing and commissioning phase. They will also act as construction design and management (CDM) principal contractor for the track and be responsible for logistics and consents co-ordination.

HS2 has specified the use of slab track for line and say this will reduce long term costs and improve performance while allowing higher train frequency with less maintenance. HS2 will be Britain's first mainline to use slab track. HS1, the country's only existing high-speed line, uses ballasted track along with all mainline surface railways.

Shortlists for the contracts are expected to be announced towards the end of the year, with contracts awarded in 2022.

HS2 Ltd says the start of the formal procurement process marks an important new phase for the project, with the winning bidders set to arrive on site once the tunnels, bridges, viaducts and earthworks are complete.

Six more rail systems contracts are due to be launched later in the year, covering signalling, overhead catenary, mechanical and electrical systems, high voltage power supplies, communications systems and the depot and control centre at Washwood Heath in Birmingham.