Environmental work will now proceed ahead of the start of construction in 2024. 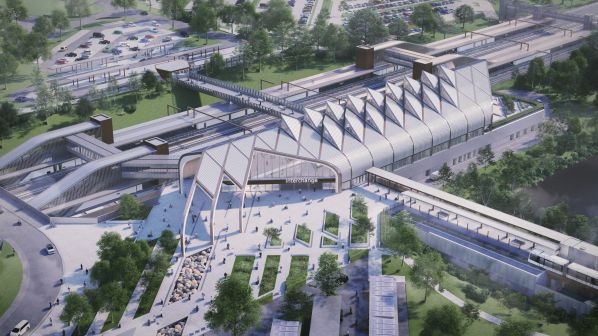 Phase 2a will run from Birmingham to Crewe.

THE second stage of Britain’s High Speed 2 (HS2) project has been given the green light after receiving royal assent on February 11.

The 60km Phase 2a will run from the northern end of Phase 1 at Fradley in the West Midlands to Crewe in Cheshire, where trains will join the existing network to provide direct services to destinations including Liverpool, Manchester, Preston, Carlisle and Glasgow. The Crewe station will also provide connections to North Wales and Shrewsbury.

The signing of the HS2 Phase 2a bill into law will allow HS2 Ltd to start environmental works along the route with construction on this section expected to begin by 2024.

The project will include the construction of 17 viaducts, 65 bridges, 36 embankments, 26 cuttings, two tunnels and a maintenance base.

The line will reduce Crewe - London journey times from 1h 30min to 56 minutes.

“Whatever your view of this project, HS2 is now a reality - heading north, creating jobs and building a brighter future for our country,” says transport secretary, Mr Grant Shapps. “The signing of the Phase 2a Bill into law is a historic milestone for this ambitious project, which is already creating and supporting thousands of jobs across the UK.”

Construction of the 225km Phase 1 from London to Birmingham and Lichfield formally began in September 2020, after the project was approved by parliament in February 2020.

Fears have been raised that Phase 2b, which will extend the line from Crewe to Manchester and from Birmingham to Yorkshire, would not be completed after costs for the project continued to mount.

Responding to a question from Labour MP, Mr Ian Mearns, said “I can certainly confirm that we are going to develop the eastern leg as well as the whole of HS2.”