A new commission will present a ridership study for the route which will dramatically reduce journey times between key cities. 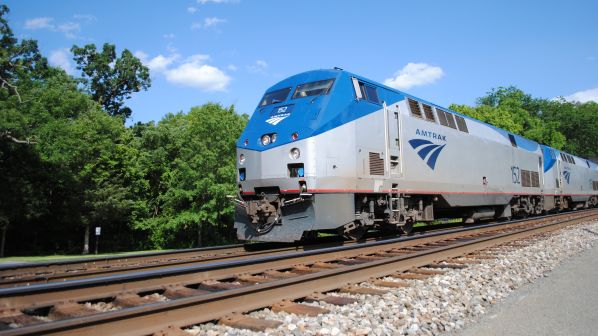 THE governor of Illinois, Mr JB Pritzker, has signed a bill authorising the formation of the Illinois High-Speed Railway Commission, which will be responsible for creating a state-wide plan for a high-speed line and feeder network connecting Chicago with St Louis.

The commission, which is authorised until 2026, has been tasked with conducting a ridership study and issuing its findings and recommendations concerning a governance structure, frequency of service and implementation of the plan. The commission is required to provide annual year-end reports and will be assisted by the state Department of Transportation.

The high-speed line will integrate with existing Amtrak and Metra services, inter-city bus service and connect the Illinois cities of Rockford, Moline, Peoria and Decatur. It would start at O’Hare International Airport and take just 2h 7min to reach downtown St. Louis, stopping at Champaign-Urbana in less than an hour. Springfield would be 1h 8min from Chicago’s Union Station. Champaign to downtown Indianapolis would take about a half-hour.

It is unclear whether the proposed high-speed service would utilise any part of (or all of) Amtrak’s existing Chicago - St. Louis Lincoln route corridor. Portions of this line have been upgraded for 177km/h operation. Union Pacific owns the right-of-way, which is a secondary freight line.

The commission will be composed of the governor, president and minority leader of the Illinois state Senate, speaker and minority leader of the Illinois state House, and the state secretary of transportation, chairperson of the Illinois State Toll Highway Authority, chairperson of the Illinois Commerce Commission, chairperson of the Board of Directors of Metra and mayor of the City of Chicago, or their designees. It will also include representatives of a yet-to-be-named rail labour organisation and a trade organisation related to the rail industry; and representatives of the Metropolitan Mayors and Managers Association, Illinois Railroad Association, University of Illinois System, Chicago Metropolitan Agency for Planning, Illinois Municipal League, Champaign-Urbana Mass Transit District, Region 1 Planning, McLean County Regional Commission and East-West Gateway Council of Governments.