The contracts’ run time suggest a new 2028 completion date for the project. 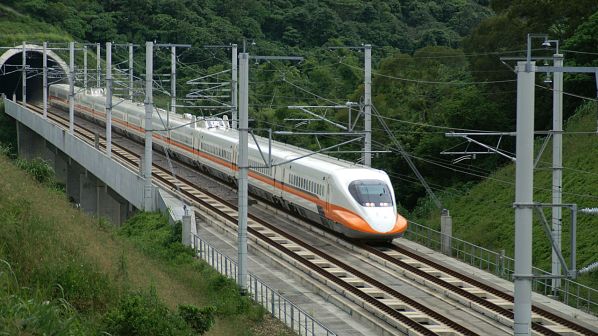 INDIAN Railways (IR) awarded contracts to a pair of consortia led by Nippon Koei and Tata Consulting Engineers on March 22, which cover the provision of project management consultancy services for 13 civil works packages on the project.

The contracts will run for eight years, indicating that IR expects construction of the 508km Mumbai - Ahmedabad high-speed line to overshoot its 2023 completion deadline by approximately five years.

When asked for comments on expected project completion delays, National High Speed Rail Corporation Limited (NHSRCL) spokesperson, Mr Sushma Gaur, said the 96-month tenure for project consultants would “include a number of post construction activities” and that their work “would go well beyond contract closure.”

However, former railway board member, Mr Subodh Jain, disputed this, saying that “activities of project consultants can be extended for a maximum period of six months and not years.”

Gaur responded that “it was too early to comment on project costs, as this could only be calculated after all tender packages were finalised and awarded.”

The project has been delayed due to issues concerning revised costs and problems relating to land acquisition in Maharashtra state. However, NHSRCL has continued to proceed, awarding contracts for the construction of two sections in Gujarat to Larsen & Toubro in November 2020.

Such an approach is beset with inherent complications, however.  For example, revised project costs have neither been calculated nor sanctioned by the Union Cabinet.

In addition, NHSRCL has decided to break the project into two phases (Gujarat and Maharashtra), with the Gujarat portion to be built first. However, such a decision requires approval by the “competent authority,” in this case the union cabinet, which has not yet been granted.

Thirdly, the Memorandum of Understanding (MoU) signed between the Japanese and Indian governments to construct the high-speed line contains a precondition that civil works will only start after 80% of the land needed for the project has been acquired. With the NHSRCL beginning construction work in Gujarat, this clause will be under scrutiny. As of February, NHSRCL had acquired 72.57% of the total land required.

The project has also suffered from a rise in costs, from an estimate of Rs 970bn ($US 13.4bn) in 2015, to Rs 1.08 trillion following the government’s decision to build an entirely elevated corridor. Officials from the Japanese International Cooperation Agency (Jica), which is partially funding the project, say that the costs of several components were undervalued at the time of the submission of the first feasibility report in 2015. The Covid-19 pandemic has also put an additional strain on project costs.