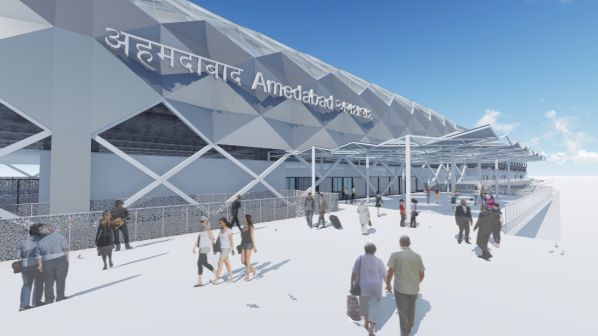 The original plan was to open the line by the end of 2023, but the date was brought forward to August 15 2022 by the government to coincide with the 75th anniversary of Indian independence. The plan was then revised so that just the 50km section from Surat to Billimora in Gujarat would open on Independence Day.

However, with only 50% of the land acquired so far, even completing the initial section by Independence Day is highly unlikely. India’s National High Speed Rail Corporation Limited (NHSRCL), which is responsible for implementing the project, says the priority is to expedite land acquisition so that the line can open by the end of 2023.

In August, Mr Suresh Angadi, minister of state for railways, informed the Indian parliament that 97% of landowners in Gujarat state had consented to land acquisition but the government was still facing challenges acquiring pockets of land in Maharashtra.

Out of the total length of 508km, 468km will be elevated, 27km will be in tunnel and the remaining 13km will be at grade. The tunnel will include a 7km under-sea section near Thane.

Since the high-speed project was launched in September 2017, tenders have been floated for 348km, about 69% of the route, at an estimated cost of more than Rs 350bn.

The high-speed line will have 12 stations. According to the feasibility report, trains stopping at every station will cover the distance in 2h 58min at a maximum speed of 320km/h, but with only four stops the journey time would be cut to 2h 7min.

A fleet of 24 series E5 Shinkansen trains will be procured from Japan, six of which will be assembled in India. The trains will have between 10 and 16 coaches with capacity for between 1300 and 1600 passengers. Three depots will be built at Sabarmati, Surat and Thane.

Talking to IRJ, NHSRCL’s managing director, Mr Achal Khare, says: “This high-speed project is a second revolution in the transport sector in the country, the first being metro rail. It is expected to bring about a paradigm shift not only in public transport, but also in the way of life of the people.”