JAPAN’s Transport Safety Board has launched an investigation after bogie cracks and an oil leak were discovered on a West Japan Railway Company (JR West) N700 Series Shinkansen train while operating a Hakata - Tokyo Nozomi service on December 11. 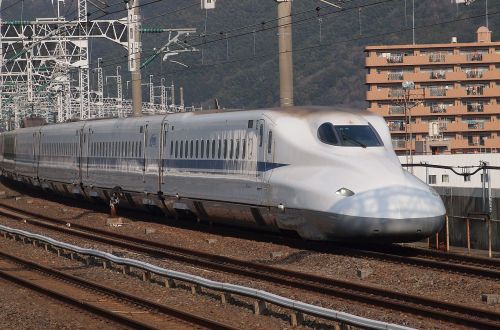 The incident is the first recorded “serious incident” to be recorded under the Ministry of Land, Infrastructure, Transport and Tourism classification system, which introduced in 2001.

JR West says the train crew noticed a burning smell in the seventh and eighth cars on departure from Kokura station in Fukuoka prefecture. A maintenance team boarded the train at Okayama and reported an abnormal sound coming from the traction motors in cars 13 and 14, but the defect was not deemed sufficiently serious to stop the train.

However, as the 16-car train approached Kyoto the burning smell was detected again and the train was halted at Nagoya for an inspection, which revealed an oil leak under coach 13. The train was taken out of service for a more detailed examination, when cracks were discovered in the bogie frame.

JR West has carried out an emergency inspection of bogies from the same supplier, but no further defects have been found.