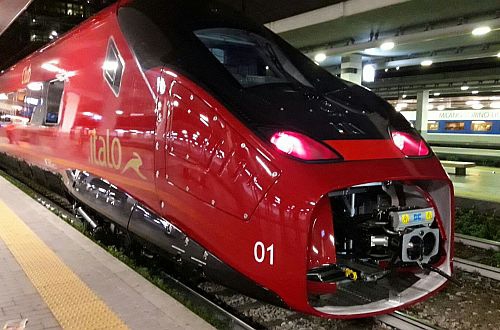 The five new 187m-long, seven-car trains, which can accommodate up to 480 passengers and operate at a maximum speed of 250km/h, will have the same features and technical specification as the five previous Pendolino Evos ordered in November 2017.

The trains will be designed and manufactured by Alstom in Savigliano with its Sesto San Giovanni site providing traction equipment and its plant in Bologna providing signalling systems.

Half of the 22 Evo Pendolino trains ordered to date are now in service, supplementing NTV’s original 25 AGV sets also supplied by Alstom. The trains have enabled Italo-NTV to steadily increase its service offer. The operator launched a new route from Turin via Milan and Verona to Venice this year. It will also begin operating from Rome to Bolzano for the first time from August 1, serving intermediate stations at Rovetro and Trento, north of Verona.