ITALY’s Ministry for Infrastructure and Transport and the National Railway Safety Agency (ANSF) have rejected a plan by Italy’s infrastructure manager Italian Rail Network (RFI) to increase the maximum speed on some sections of the high-speed network from 300km/h to 350km/h plus a 10% tolerance. 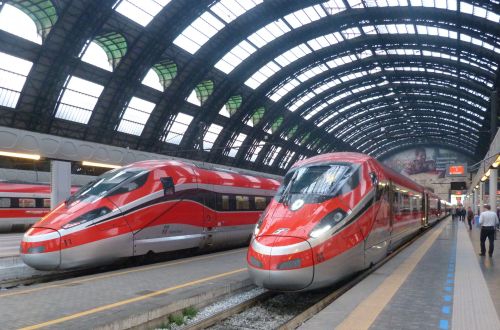 The two organisations have objected to the plan on both technical and economic grounds and have concluded that the disadvantages outweigh the benefits.

The main benefit of increasing the speed would be to reduce journey times. Increasing the maximum speed to 350km/h could cut around 10 minutes off the 568km Rome - Milan trip which currently takes 2h 55min non-stop with Trenitalia’s Frecciarossa 1000 trains.

However, the ministry and ANSF say the increase in energy consumption and operating costs would be too high to justify the time saving and the likely increase in traffic. Moreover, they say that there is an unacceptable risk from flying ballast when two trains travelling at 350km/h pass each other.