ITALY's antitrust authority has announced it is launching an investigation into Italian State Railways (FS) and its subsidiaries following allegations by open-access high-speed operator NTV that the national railway has engaged in anticompetitive practices against the newcomer. 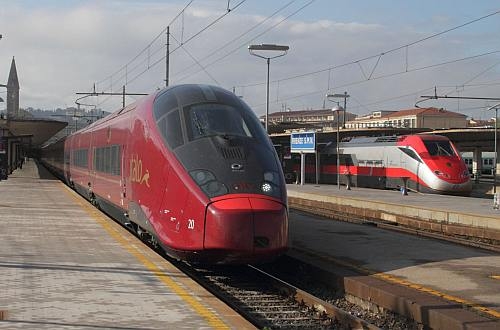 NTV alleges that it has been the victim of a deliberate strategy of exclusion by FS, including limiting access to infrastructure and selling tickets at below cost price.

NTV complains that it has been unable to secure train paths from Italian Railway Networks (RFI) with departure times between 07.00 and 08.00 for trains from Rome to Milan and Venice yet there are currently five Trenitalia high-speed departures from Rome at this time serving these two routes.

In order to carry out routine maintenance of its Alstom AGV trains, NTV requested access to the FS Sistemi Urbani's Milano San Rocco depot to avoid a long trip to NTV's own depot at Nola in Campania. This request was denied on February 18.

NTV also suspects that Trenitalia is indirectly subsidised through revenues gained from operating services in other sectors, and is dissatisfied with what it sees as inefficient management of stations. It is unhappy with the failure to allow installation of signage and desks at stations such as Florence Santa Maria Novella and Rome Tiburtina, and delays to the installation of self-service ticket machines. The use of commercial space inside and outside stations has also been thwarted by FS, according to NTV.

FS refuted the claims in a press release on May 24, which said that fares on Freccia high-speed services are determined by a free market. FS notes that prices offered in the first four months of 2013 have fallen by an average of 9% but profit margins remain good.

It also argues that allegations of price dumping on fares are unfounded because Freccia fares range from €29 to €200, compared with a range of €30 to €130 for NTV's Italo services. FS claims cross-subsidy would be impossible because Trenitalia's freight and regional transport businesses are loss-making, and points out that infrastructure access tariffs are fixed by the Ministry of Transport and are the same for all operators.

Through its investigation, which is due to conclude in July 2014, the competition authority will seek to establish whether FS has breached the terms of Article 102 of the Treaty on the Functioning of the European Union.