JR Central hosted ceremonies at Shinagawa station in Tokyo and at Nagoya station on December 17 to mark the start of construction on the Yen 5.5 trillion ($US 46.45bn) Chuo maglev line between the two cities. 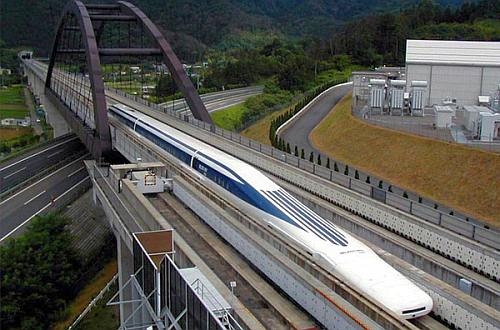 Major construction on the 286km line, 90% of which will be underground or through tunnels, is set to begin in 2015 and the project is due to be completed in 2027. Trains will travel at a maximum speed of over 500km/h on the line and will offer a journey time of 40 minutes, an hour faster than at present.

The terminals at Shinagawa and Nagoya will both be situated 40m below ground, with four intermediate stations at Sagamihara, which is another underground station, and at-grade stops at Kofu, Iida, and Nakatsugawa. JR Central submitted its plan for the maglev line in August and the Ministry of Land and Infrastructure granted approval in October.

JR Central has been conducting tests of the L0 five-car driverless maglev train on a 42.8km track in Yamanashi prefecture.

Opponents of the project have voiced concerns about the environmental impact of construction and operation of the maglev line. JR Central has also been criticised for failing to present a plan on what it will do with the spoil from tunnelling and the impact construction will have on groundwater running down from the mountains.