MITSUBISHI Electric has completed the installation of all-silicon carbide (SiC) power modules on an N700 Shinkansen train which JR Central has started to test. 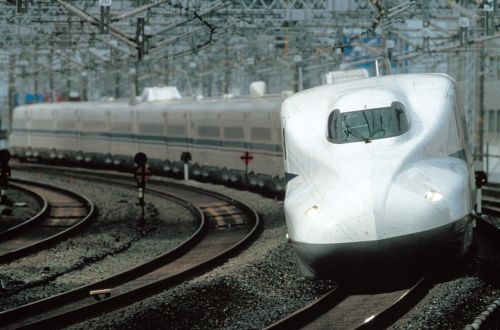 These are believed to be the first 3.3kV 1500A tractions systems of this type to be installed on a high-speed train.

By using SiC power modules, Mitsubishi Electric says it has been able to reduce the size of its new converter/inverter system by around 55% and its weight by 35% compared with existing traction systems, while the weight of the traction motor has been cut by 15%.

The main circuit has an input voltage of 2.5kV ac, with large-capacity all-SiC power modules and a three-level PWM inverter with regenerative braking. Four 305kW self-cooling traction motors are controlled in parallel.

Odakyu Electric Railway was the first operator to use Mitsubishi Electric's new traction inverter with SiC power modules, using SiC transistors and SiC diodes, which were installed on a four-car series 1000 EMU.