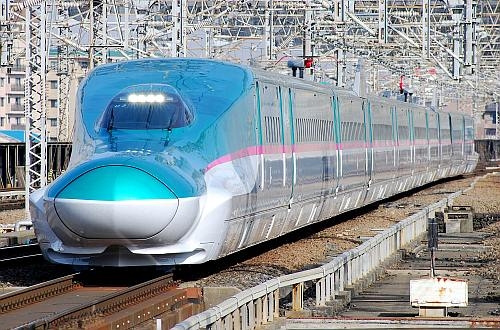 Series E5 Hayabusa trains now operate at up to 320km/h on the Utsunomiya – Morioka section of the Tohoku Shinkansen, reducing the journey time for the 713km trip between Tokyo and Shin-Aomori to 2h 59m.

On the same day JR East also introduced Series E6 Super Komachi high-speed trains on Tokyo – Akita services. The E6s operate in multiple with E5s between Tokyo and Morioka and are currently limited to 300km/h, although they will operate at up to 320km/h from Spring 2014.

The introduction of the new trains has allowed JR East to withdraw the last of its Series 200 trains, which were built in 1980-86.