EAST Japan Railways (JR East) has released further details of its Alfa-X (E956) Shinkansen test train, which will be used to evaluate new technological and aerodynamic features for the railway’s next-generation of high-speed trains. 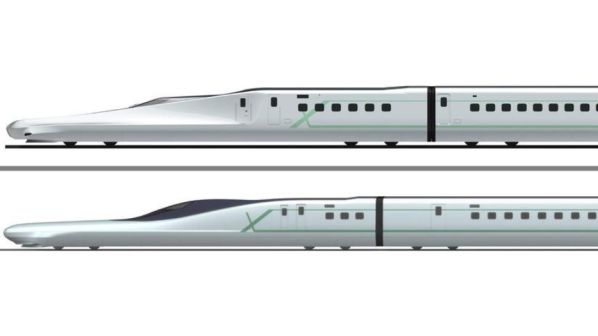 The development of the 400km/h train is focused on four key areas of research:

Production is now underway on the 10-car test train, which is due to be rolled out in May 2019. 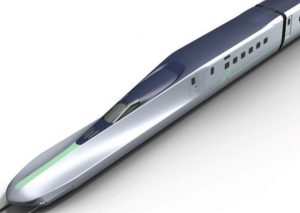 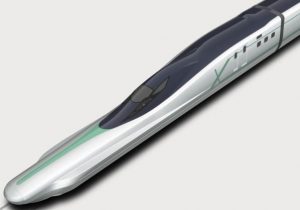 The train will feature two different nose designs. At 16m-long, the type A nose is 1m longer than that of the current E5 series Shinkansen train. The type B-nose is significantly longer at 22m and has been designed to suppress pressure waves when the train is entering a tunnel. Two low-noise pantographs will also be tested on the Alfa-X. 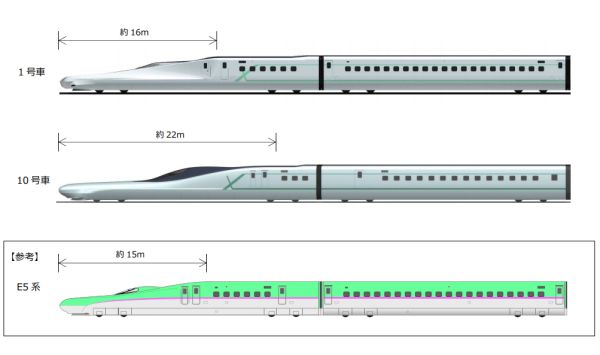 Two new devices will be trialled to minimise the risk of derailment in the event of an earthquake. A lateral damper will suppress the shaking of the train, while a crushable stopper will be activated if the train senses a seismic shock, mitigating the forces between the bogie and the car body and minimising the pressure between the wheel and rail.

The trains will also be equipped with a device which increases aerodynamic drag to aid rapid deceleration.

The underfloor layout will be optimised to minimise the build-up of ice and snow, and equipment will be designed to reduce the risk of damage or failure in freezing conditions. 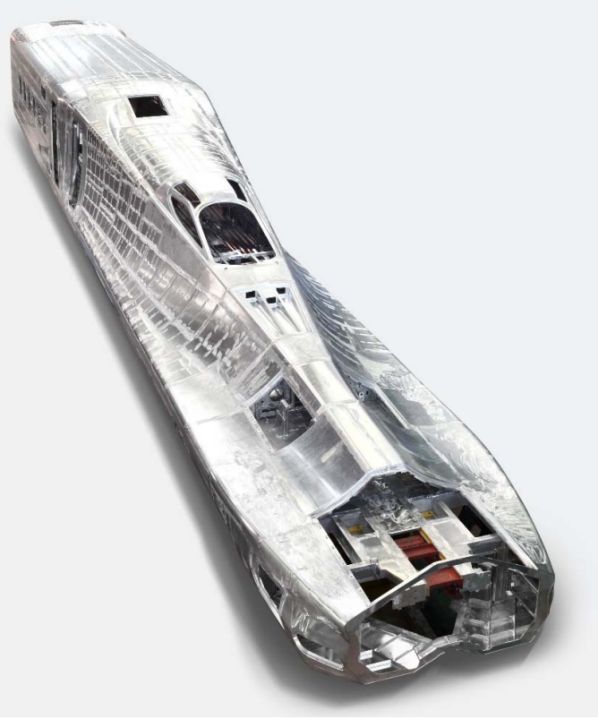 Bodyshell of the Alfa-X type A nose. Photos: JR East