EAST Japan Railway (JR East) has announced plans to build a 360km/h test train by spring 2019 as the basis for a new fleet of E956 10-car trains to be introduced in time for the opening of the Hokkaido Shinkansen to Sapporo in 2030. 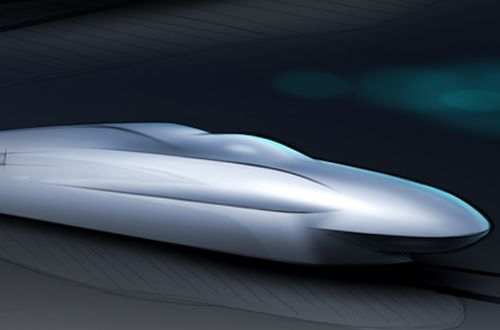 JR East currently operates E5 trains which a maximum speed of 320km/h on the Tohoku Line, but it requires a higher top speed in order to achieve a commercially-acceptable journey time between Tokyo and Sapporo.

The text train is called AlphaX which stands for advanced labs for frontline activity in rail experimentation. It is planned to test AlphaX up to a maximum speed of 400km/h.

There are four key objectives for the tests:
• improve safety and stability
• improve comfort
• refine environmental performance, and
• improve maintenance.

To improve safety and stability, systems such as special dampers will be installed to prevent derailments during earthquakes. Tests will be conducted on the body to make it more difficult for snow to accumulate on the train as Hokkaido is affected by very high snowfall during the winter. Systems will be installed to monitor the condition of components in order to predict failures.

JR East plans to install shaking prevention controls and examine sound-absorbing properties to produce a smooth and quite ride.

It also plans to suppress noise by reducing noise emitted from the lower part of the train around the running gear and from the pantograph, as well as suppressing pressure waves when entering tunnels. AlphaX will have two different nose designs (pictured below) to test this as well as the aerodynamics of the different shapes. JR East will also examine ways to conserve energy at high speed.

JR East intends to adopt a conditioned-based maintenance system for the new trains which will require installation of monitoring equipment on both the trains and tracks.

To realise all of these goals, JR East plans to make use of the internet of things, big data, and artificial intelligence.