The tests will be conducted at the Hakusan General Rolling Stock Yard. 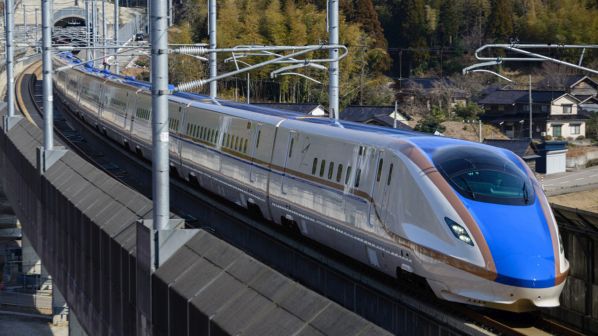 JR West previously demonstrated the technology on a conventional line in Osaka in 2020.

The system will accelerate and brake the train, and stop it at predetermined points, as well as detect abnormalities with the train or the track.

The project, launched under the JR West Technology Vision, aims to improve the safety and quality of rail transport, and will also prepare the railway for expected future staff shortages.

JR East tested automatic operation of the Joetsu Shinkansen on a 5km section between Niigata Station and the Niigata Shinkansen Rolling Stock Centre in October 2021.