RUSSIAN Railways (RZD) has formed a strategic partnership with Knorr-Bremse and the Russian Engineering Centre for Rail Transport (ECRT) to develop the operator’s next-generation high-speed trains, which are planned to operate at speeds of up to 400km/h. 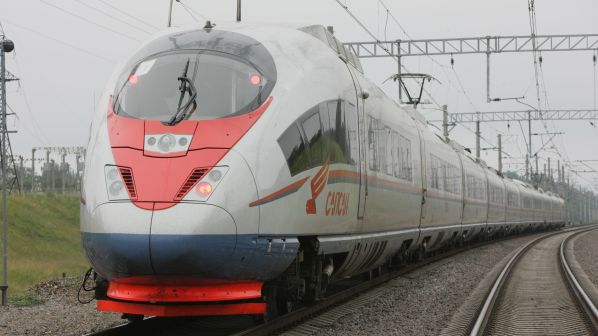 Knorr-Bremse will provide technical expertise in the fields of pneumatic braking, heating, ventilation and air-conditioning systems (HVAC), and high-pressure door systems able to operate at extreme velocities. The company will work with RZD after production begins to commercialise the trains in the CIS region.

The trains, which are planned to enter service in 2026, would operate on new and existing high-speed routes between Russia’s largest cities, such as Moscow - St Petersburg and Moscow - Nizhny Novgorod. They are currently being developed by ECRT and will replace RZD’s existing fleet of Sapsan trains, which were supplied by Siemens.

The ECRT rolling stock development centre was formed in 2019 through a partnership between RZD, the Sinara group and Siemens Mobility with the purpose of improving the design and production of rolling stock in Russia.

“Knorr-Bremse is the centre of expertise for a number of high-speed train systems,” says Mr Alexander Kireytsev, director-general of the RZD Railway Engineering Institute. “Cooperation with them will significantly increase the competencies of our centre’s engineers.”

“We are proud to be part of this seminal and prestigious mobility project for the Russian transport sector,” says Dr Jurgen Wilder, member of the executive board of Knorr-Bremse in charge of its rail vehicle systems division. “Russia’s investments in state-of-the-art rail infrastructure underlines the key role of railways as a safe, highly reliable and efficient means of transport.”