The alignment of the existing 1520mm-gauge line between Kaunas and Vilnius is unsuitable for high-speed operation. 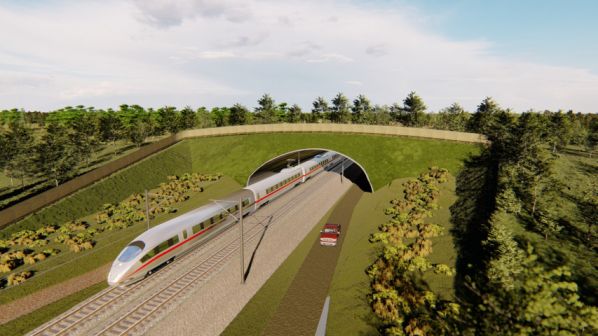 LITHUANIA’s Ministry of Transport and Communications has selected its preferred alignment for the branch of the Rail Baltica standard-gauge high-speed line from Kaunas to the Lithuanian capital Vilnius.

During 2021 UAB Sweco Lietuva and DB Engineering & Consulting developed four alternatives for the roughly 100km-long, 249km/h line. The route adopted by the ministry, the so-called northern alternative S5, is the only option that includes the towns of Lentvaris, Vievis, and Kaišiadorys.

Details of arrangements for land acquisition will be announced in the second quarter of 2022.

The ministry says the existing 1520mm-gauge line between Kaunas and Vilnius is unsuitable for use as part of Rail Baltica as its alignment will not permit high-speed operation. The new line is expected to reduce journey times between Lithuania’s two largest cities from 1h 7min to 38 minutes.

In a meeting with French transport minister, Mr Jean-Baptiste Djebbari, on January 12, coinciding with the start of the French presidency of the EU at the beginning of the year, Lithuania’s transport and communications minister, Mr Marius Skuodis, said the Kaunas - Vilnius high-speed line and the port of Klaipeda should be included in the Trans-European Transport Network (TEN-T).

The European Commission plans to revise the TEN-T Regulation this year, although only very limited changes are planned to the core network because of the need to complete the upgrading of these routes to TEN-T specification in less than 10 years.