THE chair of HS1, Mr Keith Ludeman, presented a proposal to politicians in Bordeaux on April 30 to introduce a high-speed service between the French city and London St Pancras. 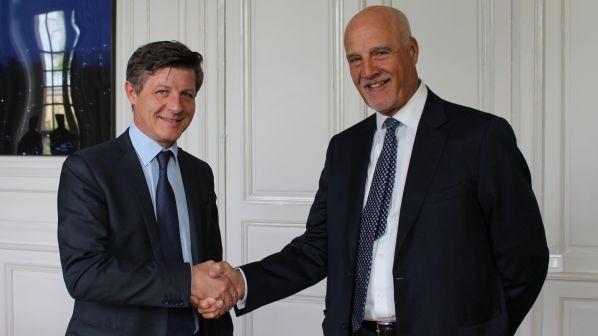 The presentation follows the agreement last year that the four infrastructure managers along the route - HS1 (which owns the line from London to the Channel Tunnel) Eurotunnel, SNCF Network, and Lisea - will work together to find an operator for the new service. HS1 says a number of potential operators have since expressed interest.

HS1 says more than 1 million people fly between Britain and southwest France each year and estimates that a direct train service would carry up to 200,000 passengers per annum.

“The prospect of travel between the centre of London and Bordeaux in less than five hours brings southwest France within easy reach for business travellers and holidaymakers,” says Ludeman. “France is the second most popular holiday destination for Brits abroad. This is on top of the one in four British citizens in France that live there so the commercial incentive to open up this route is clear.”

A secure platform with immigration, customs, and security facilities would need to be provided at Bordeaux St Jean station for passengers travelling to Britain. The operator would also need to procure 320km/h trains designed to meet the stringent fire-safety and passenger evacuation requirements for travelling through the Channel Tunnel.

HS1 says it is also looking at potential services to link London with Frankfurt and Geneva.