OUIGO is the name adopted by French National Railways (SNCF) for its new low-cost TGV service which is to start operation from eastern Paris to Marseille and Montpellier on April 2. Fares will start at €10, or €5 for children under 12, up to a maximum of €85. 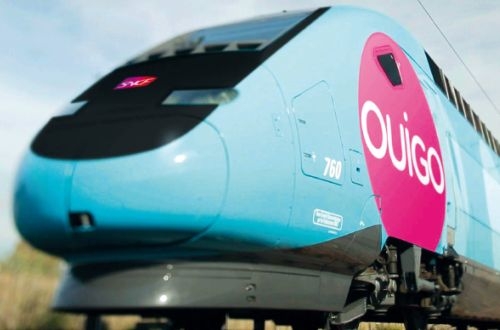 SNCF says the concept of Ouigo is simple - one class, one seat and one bag - to match the low-cost airlines. Tickets go on sale this afternoon and can only be purchased at the dedicated Ouigo website. All communication with passengers, including the delivery of tickets, will be by SMS text message to their mobile phones. Passengers will have to arrive at the station 30 minutes before departure to have their tickets checked.

SNCF says 25% of tickets on offer will be sold at less than €25. It will also offer a fare of €20/person for people travelling in groups of four to eight passengers. SNCF is aiming Ouigo at people aged between 18 and 45, particularly students and couples with children.

SNCF has refitted four Duplex TGVs for Ouigo. Accommodation is similar to second-class on standard TGVs, but baggage storage areas and the bar area have been removed to maximise seating capacity.

Ouigo will operate from Marne-la-Vallée Chessy to the east of Paris which is adjacent to Disneyland Paris and served by RER Line A. Services will run to an irregular timetable with 14 trains per week to Marseille and six to Montpellier. Trains will serve intermediate stations including Lyon St Exupéry, which serves Lyon Airport.