A significant landslide in a cutting on the Strasbourg - Paris high-speed line has derailed a TGV service carrying 300 passengers, injuring three people including the driver. 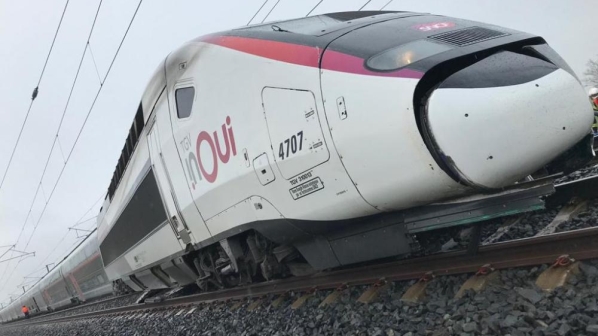 The train remained upright during the incident, with the power car coming to rest on the opposite track. French National Railways (SNCF) says the driver, who was seriously injured in the accident, was airlifted to hospital by helicopter. The power car suffered damage from the impact of the landslide.

The accident reportedly occurred about 30km northwest of Strasbourg.

SNCF says the on-board safety devices designed to ensure passenger safety worked perfectly. SNCF said it “salutes the professionalism of its personnel on board,” and is prioritising getting the remaining passengers to their destinations as soon as possible.

SNCF has launched an internal investigation, and the Public Railway Safety Establishment has been notified.