THE Mexican government announced on November 3 that a consortium of Chinese and Mexican companies has been selected for a turnkey contract to design, build, operate and maintain the country's first high-speed line. 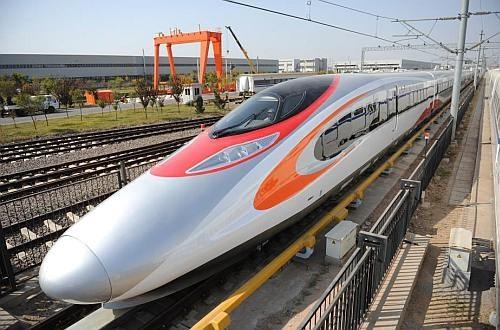 The trains for the new line will be similar to the CRH380A EMUs CSR has already supplied to CRC in China and MTR in Hong Kong.
Photo Credit: MTR Corporation

Last month SCT confirmed the consortium submitted the only bid in an international tender for the contract with an offer of Pesos 50.82bn ($US 3.75bn) excluding tax. China's Eximbank is providing an 85% long-term loan to finance the project.

The line will be designed for operation at up to 300km/h and is expected to carry around 27,000 passengers per day with a journey time of 58 minutes between Buenavista station in Mexico City and Queretaro. The project will include the construction of 15.9km of viaducts and 11.6km of tunnels.

CSR will supply a fleet of eight-car CRH380A trains, which will seat up to 426 passengers.

The contract includes a five-year operations and maintenance term, which is worth around $US 660m.

SCT says construction will begin in February 2015 and the line is due to be commissioned in 2018.