THE board of Italian open-access high-speed operator NTV has decided to exercise an option for five additional Pendolino Evo trains. 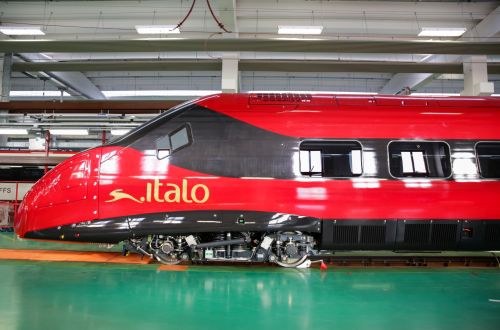 NTV awarded Alstom a €460m contract in October 2015 to supply eight seven-car Pendolinos and maintain the fleet for 20 years. In September 2016 NTV exercised an option for four additional trains and extended its maintenance contract to 30 years. The decision to exercise the second option will take NTV’s Pendolino fleet to 17 sets.

The first of the 250km/h tilting trains was unveiled at the Expo Ferroviaria exhibition in Milan on October 3 and the first four sets are due to enter service next month.

The Pendolinos will be maintained at NTV’s Nola depot near Naples, where Alstom already services NTV’s fleet of 25 AGV high-speed trains.

Each seven-car Evo set will seat around 480 passengers in three classes: Club, Prima and Smart.